by Quizaza team 11 months ago

What can be inferred about the Cyclops?

In Homer’s Odyssey, the Cyclops is a one-eyed mythical creature. He is an uncivilized, savage, and discourteous cave dweller. The Cyclops lacks any Greek customs or traditions. He is a being with a pre-civilized mentality and barbaric customs.

A cyclops, also known in ancient Greek mythology and folklore as a “one-eyed giant,” is a savage and basic individual. He dwells in the remote area of Sicily, far from human habitation, where he is also reported to be a cannibal. The Cyclopes live outside the boundaries that the Greeks establish.

The cyclops does whatever he wants, but he will not break the gods’ laws. Because he was going to eat Odysseus and his men, which wasn’t polite, and hospitality is regarded by the Greeks as extremely important, a cyclops isn’t friendly in any way.

The cyclops are a race of mythical giants in ancient Greek mythology. Polyphemus is one of the cyclops mentioned by Homer in the Odyssey. In book 9, Polyphemus plays a key role in one of the poem’s dramatic events. King Odysseus and his men landed on the island of Cyclopes during their return journey home. They arrived at Polyphemus’ cave as they traveled back home.

The Cyclops discovers the intruders, and he consumes a few of them. The others are then captured by him. In this episode, the reader learns about the Cyclops’ savagery and sadism.

In Odyssey, the Cyclops’ world is a lawless one, devoid of civilization and hospitality. In the poem, civilization appears to be essential. The presence of civilization is observed in certain persons, according to the author. He examines whether they have any house rules. The Cyclops shows no compassion for his visitors.

Thus, the reader can conclude that the creature’s ideas of life are simplistic. Polyphemus farms sheep and collects milk, cheese, and fruit. This can sound rather idyllic. However, he is hostile to any stranger and attacks without hesitating.

Odysseus, considering the Cyclops’ power and lack of brains, understands how dangerous he is to his crew. Nonetheless, Odysseus does not utilize Polyphemus’ advantages against him. The hero avoids murdering the fallen Cyclops. Instead, Odysseus exploits Polyphemus’ innocence by making him drink wine and then blinding his only eye with fire. Odysseus permits his men to depart undetected by the beast while doing so.

The simplicity with which Odysseus dupes Polyphemus demonstrates the Cyclops’ lack of intellect. The king is afraid to reveal his actual name to the huge man. Instead, Odysseus tells a lie to the Cyclops. He claims to be “Nobody.” As a result, when Polyphemus loses his sight, he will tell his brothers that “Nobody” blinded him. The creature does not detect the deception and frees them from paying for other cyclopes’ revenge.

Despite the Cyclops’ fury, he eventually invites Odysseus back to the island. Such a turnaround in attitude is due to Polyphemus’ dread of greater punishment if he does not accept his fate. As a result, Polyphemus tries to adhere to Greek customs of hospitality. He offers food and shelter as a way of demonstrating his willingness to modify his primordial habits. It shows how Polyphemus becomes more receptive to changing his cultural practices

To summarize, the Cyclops in Homer’s Odyssey is a symbol of pure bodily force, savagery, and stupidity. He leads a simple existence. His conduct toward his guests was at times primitive and uncivilized. Polyphemus intends to eat Odysseus’ men. However, Odysseus’ sly king of Ithaca outsmarts him. As the tale progresses, Polyphemus comes to terms with his fate. After that, he tries unsuccessfully to befriend Odysseus in order to avoid future harm.

What Car Should I Buy Quiz

by Quizaza team 11 hours ago

by Quiz Master 2 days ago 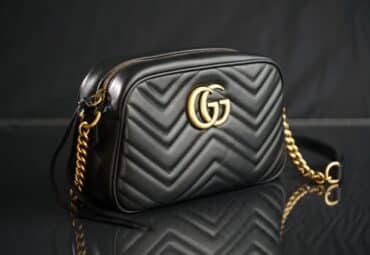 Quiz: Which Dream Bag Are You？ 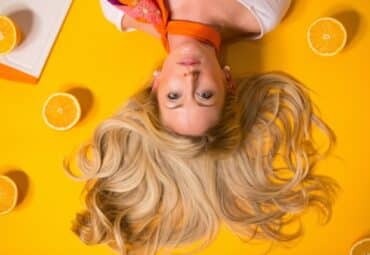 Should I Cut My Hair Quiz