James Gatz was the real name of Jay Gatsby. He was the son of a North Dakota farmer who was very poor. Gatsby (or Gatz, to be accurate) did not originate from San Francisco as he had indicated. He attended St Olaf’s College, which wasn’t a lie. However, two years later, he dropped out and decided to establish his reputation on his own.

The Great Gatsby may be one of the best-known and most popular novels produced in the United States. It is held in high regard as a classic and a touchstone for generations of imaginative readers. The tale follows the fortunes of four wealthy individuals. Nick Carraway, their mutual acquaintance, narrates their antics.

The tragic love story of Jay Gatsby and Daisy Buchanan, on the other hand, is the main focus of the novel. Jay’s aim in throwing lavish parties is to pique Daisy’s interest. Despite being married and having children with another man, Jay continues to pursue his quest for a second chance at love with Daisy.

Jay Gatsby has created a fantastic new life for himself. He claims to be from a wealthy family in San Francisco and studies at Oxford, according to him. In New York, in chapter 4, Gatsby invites Nick for lunch, during which he exposes fresh information about his ‘original’ background. He tells Nick that he was in the army during World War I before revealing that he has studied at Oxford.

Jay’s origins are revealed much later in the narrative. Jay’s real name is James Gatz, according to readers. At the age of seventeen, he decides to modify it. Furthermore, Gatsby does not come from San Francisco; rather, he is from North Dakota. His father was a modest farmer who was not a successful business magnate.

In chapter 6, Nick learns how Gatsby acquired the qualities of the rich and powerful after watching his former employer, Dan Cody. Dan was a wealthy mining prospector that decided to hire Jay after Gatsby rescued him during a storm.

Jay’s true backstory is full of twists and turns. Following Cody’s death, Jay joins the military. Before he leaves for Europe, he meets Daisy in Louisville. There’s no way to tell if he’s a wealthy guy in uniform. Daisy presumes Gatsby is of her social class due to his manners. Daisy was born into money; she even says that her voice has a “full of money” quality about it. For the sake of romance, Jay decides to maintain the act. Daisy vows to wait for Gatsby when he goes off to war.

Gatsby was active on the front lines and received a commissioned rank as a result of his accomplishments. He decides to go to Oxford through a program for officers. However, it only lasts five months. By the time he returns to America, Daisy has already married Tom Buchanan.

Jay attempts all means possible to win Daisy’s love again. Gatsby gets involved in shady business thanks to Meyer Wolfsheim. Later, he purchases a mansion on West Egg Boulevard and drives around town in a Rolls Royce, hoping that Daisy will notice him. Nick Carraway is the narrator throughout this portion of The Great Gatsby.

Jay Gatsby was a friend to George Wilson who would later be known as Tom Buchanan. He was the son of a North Dakota farmer rather than a wealthy San Francisco resident, as he claimed. At the age of seventeen, he legally changed his name to Jay Gatsby.

Though he did attend St Olaf’s College in Minnesota for two weeks, Gatsby could not bear cleaning toilets in order to pay his tuition and therefore withdrew. Dan Cody, a fellow Lake Superior fisherman whom Gatsby met while working as a deckhand, only added fuel to his ambitions for self-improvement.

Cody was then fifty, a self-made millionaire who had made his fortune during the Yukon gold rush. Cody took Gatsby in and made him his personal assistant on their subsequent voyages to the West Indies and the Barbary Coast.

Gatsby grew even more covetously jealous of money and privilege after seeing the West Indies and Barbary Coast. Because of the evil conspiring of Cody’s mistress, Ella Kaye, Gatsby was unable to claim $25,000 when Cody died. Gatsby vowed to achieve success on his own terms thereafter.

by Quizaza team 23 hours ago 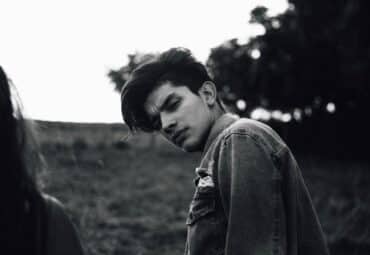